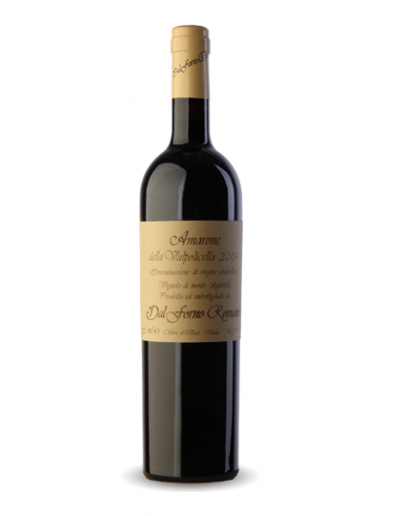 DESCRIPTION: Amarone from Valpolicella differs for two simple reasons.      The first concerns the duration of the period of drying, which in this case lasts for three months long, rather than one and a half.     The second alludes instead to the age of the vineyard. Our corporate philosophy provides that, to produce Amarone, it is to be used only the grapes harvested from vineyards with more than ten years. The younger vines are then used for the production alone of Valpolicella.     Except for these differences, and some other small changes on the percentage of the varieties used, it can be said that these two wines are almost identical in the sense that the process underlying their production and maturation is exactly the same.     Accordingly, the Amarone is distinguished by his younger brother in terms of power and elegance.     Undoubtedly, the complexity of this wine is higher than the Valpolicella and places it in the category of wines that usually call "meditation".     Complex aromatic notes, cha ranging from cherry, blueberry, chocolate, premoniscono the sumptuous expression of ripe fruit flowing into his mouth with intrusive persistence. The finale ends with sinuous shades of truffle, tobacco and leather again.     It is a wine with potential still unknown, but the depth of which bodes well for a long, long evolution ahead of him.