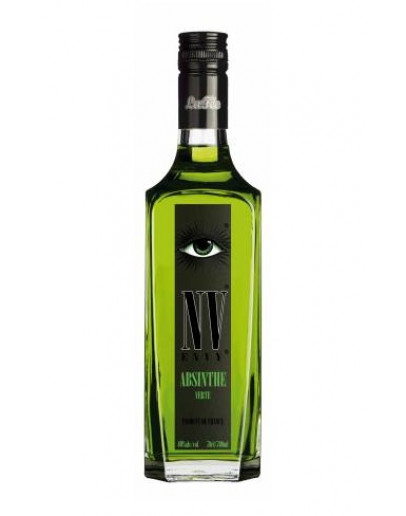 DESCRIPTION: Liquor outlawed in 1915 by the French Government and by other countries that followed suit, because of the alleged hallucinogenic effects that caused its active ingredient, the Thujone, on people. The real reason is that absinthe became extremely popular in 1870, when phylloxera destroyed the vineyards and nicked all over Europe and the wine was replaced with absinthe. In the early nineteenth century the main wine producers joined their power and political influence, and managed to make it illegal. The La Fée Absinthe was the first traditional absinthe to be re-produced in France from the period of the ban of 1915. It contains all the traditional ingredients of the recipe of the nineteenth century including wormwood (Artemisia absinthium), green anise, star anise, hyssop and fennel. The production involves the maceration of plants during the distillation process, which is neither the fastest nor the most economical to produce absinthe, but ensures that when there poured a glass will have to guarantee the full experience of absinthe. La Fée Absinthe is the only brand approved by the Absinthe Museum in Auvers-sur-Oise, France. For each production cycle of La Fée it is sent a sample from the distillery to the Parisian museum to ensure that the flavor, bouquet, color and louche (the effect of haziness) are authentic. No other brand can boast this seal of approval. Potentell, absinthe first commercially available, appeared in 1792, the alcohol content was 68 ° Vol, and this became the gradation reference for absinthe of the nineteenth century and is now the gradation of La Fée Parisienne. The range currently consists, in addition to the classic Bohemian and Parisiennel, whose formula has been recently renovated and contains only 100% natural ingredients, also by Xs and Xs Française Suisse, produced in small quantities., The first in France and in Pontalier the second in Couvet Val-de-Travers, Switzerland, where in the nineteenth century was conceived absinthe. Both start as tradition from a base of distilled alcoholic wine. The NV is, however, that a lower alcohol content, 38%, while Blanche is the latest creation of George Rowley and master distiller, Marie-Claude Delahaye, founder and curator of the museum French absinthe. True to recipe created during Prohibition of absinthe, it is white to be more difficult to recognize and is also known as The bleue, for the bluish color of the leaves of Artemisia and the liquid itself.